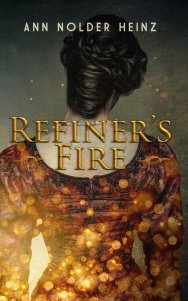 Lizzie Hamilton, the pampered daughter of a prominent nineteenth-century South Carolina cotton planter, has lost everything—her home, her social status, her financial security. Spurned by the Charleston society she once dominated and dependent on the largesse of her extended family, she is an easy mark for handsome professional gambler Jack O’Rourke, who convinces her to run away with him to New Orleans, the possibility of marriage held out as an enticement.

She soon realizes she has been duped. Not only will there by no marriage, but Jack will support her only if she agrees to act as his gambling accomplice. She has no choice but to make the best of a bad situation until Jack’s shady past catches up with him and they are forced to move their operation to a Mississippi riverboat. Held in virtual servitude, Lizzie decides to escape and make her way to the gold fields of California.

Determined to be independent of any man, she manages to attach herself to a wagon train led by a free black man, a situation that comes into direct conflict with her inbred prejudices. Her trip across the prairie is dogged by danger and misfortune as well as a tantalizing new possibility for love. By the time she reaches California, her entire view of life has changed and she is faced with a stark choice: continue on her lonely, self-sufficient course or seize a risky but potentially life-changing alternative. How she decides will determine her own happiness as well as that of those whose welfare she has pledged herself to protect.

Click here to read an excerpt from Refiner's Fire.

REFINER'S FIRE is now available in both print and digital form. Click here to order REFINER'S FIRE from Amazon, or Barnes & Noble.